AERT (Sander Meilink) is born and raised in Rotterdam, The Netherlands. AERT started his musical adventure by creating different genres of electronic music and searching what fits him the most. After several years of gaining experience he decided to release some of his tracks on various techno labels like Märked Records, TheAbove Records and Ketra Records. After he released a few tracks, most of them got the attention of the greatest artists in the scene, who played his tracks on the biggest festivals in the world. Later on in his career, AERT found himself in a more upper-tempo vibe and got inspired by the 80s/90s sound. In his words ‘’We need more sex-appeal in the music”. AERT also started to work on his own empire with a selection of great artists who have the same view on the scene and sound like he does. AERT is launching his new record label, ’Voltage Imperium Records’ , the label will define its sound by the more groovy 90s vibe.

END_OF_DOCUMENT_TOKEN_TO_BE_REPLACED 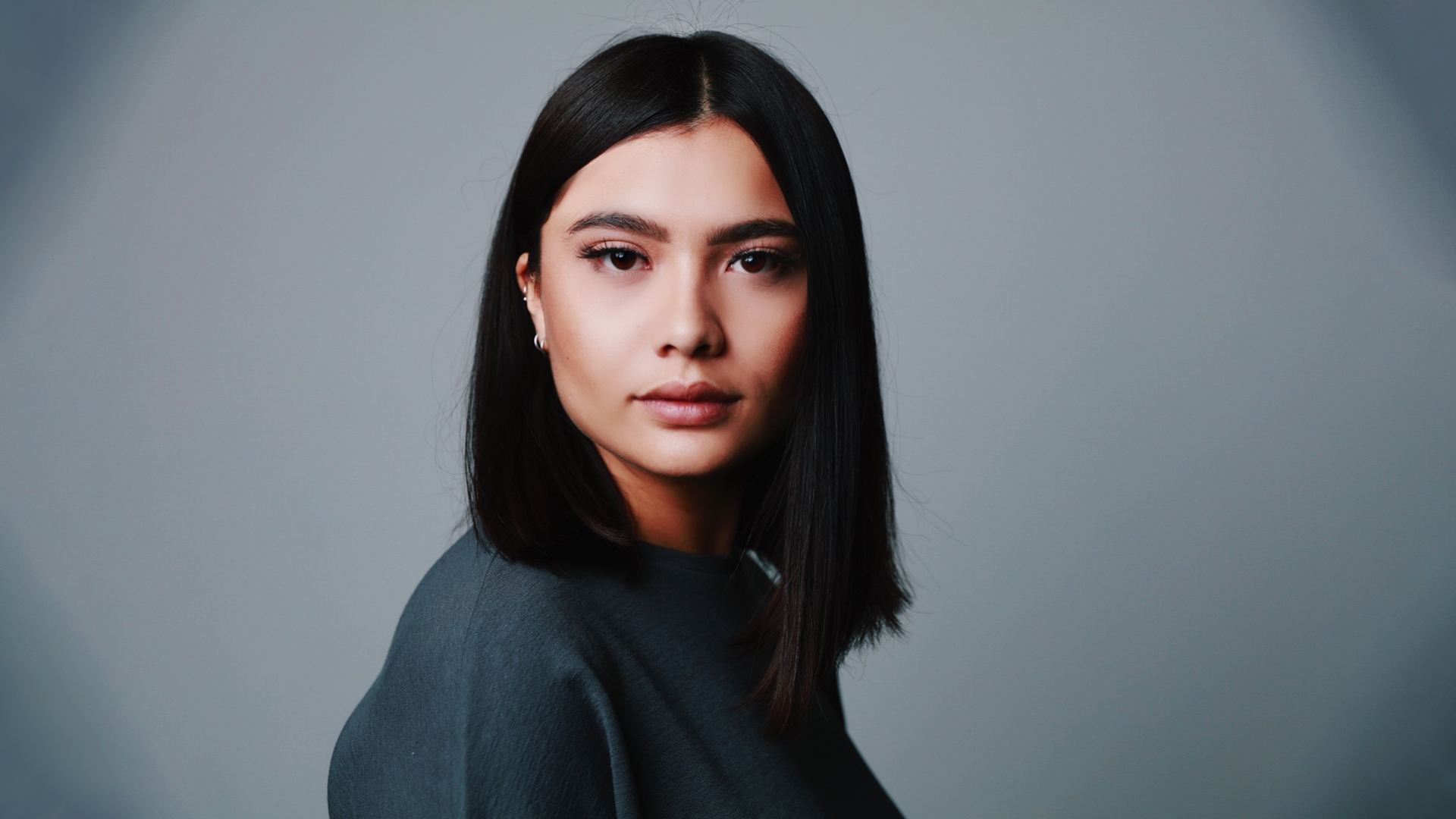 Getting in touch with techno at the young age of 18, Cynthia Spiering has been making quite a name for her self these past years. It all started when she first began working in the vibrant Rotterdam techno scene. Always wondering how the many DJ’s managed to play such inspiring sets, she started to practice with technical aspects of DJ’ing. She managed to get many hours of practice in, which resulted in having her first gig in 2016.

END_OF_DOCUMENT_TOKEN_TO_BE_REPLACED

Davide Carbone, music producer/DJ and label manager, born and raised in the Vesuvian area, he is now based in Berlin.
Always passionate by the musical industry, he starts to develop several aliases and collaborations, working abreast with a musical collective, developing a strong circle of labels.

END_OF_DOCUMENT_TOKEN_TO_BE_REPLACED

Deep Dimension – comprised of Jeffrey Hek and Jimmy van de Geijn – have set foot in today’s techno scene as a one-to-watch duo. Both being active DJ’s/Producers for over two decades which is evident by their powerful sets and records. Their infectious dynamic is contagious felt time-after-time when they perform on stage. With an effortlessly transition between techno, acid and rave they understand what the audience needs to make every show special.

END_OF_DOCUMENT_TOKEN_TO_BE_REPLACED

Falhaber is a young producer who’s obsessed with hard pounding sounds and brutal distortions. He delivers an aggressive and powerful sound with an interesting build up and overwhelming breakdowns to keep the dancefloor going.

END_OF_DOCUMENT_TOKEN_TO_BE_REPLACED

Frank Nitzinsky and Nils van Lingen’s Ghost in the Machine project started out as little more than a name the two DJs used when playing oldschool acid sets together. In 2016 the two discovered that they had both developed a desire to take their project far beyond the occasional DJ set. The duo made short work of their new mission and 2016 saw the release of their first records on the newly minted industrial techno vinyl imprint Genosha Basic. Their fresh take on techno and their razor sharp production swiftly garnered them support from some of the leading names in the harder recesses of techno and ultimately culminated in Ghost in the Machine being added to the roster of Perc Trax.

END_OF_DOCUMENT_TOKEN_TO_BE_REPLACED

IGNOTA (Bogota, Colombia) a techno DJ/Producer based in Amsterdam, The Netherlands.

IGNOTA represents “The unknowable”. Meaning he approaches his sets and productions with emotion and the state of mind and mood he is feeling at that moment. His styles and moods range from abstract, ambient, atmospheric, shamanic, sinister sounds complicated with industrial, uncompromising to hard and intense underground techno.

END_OF_DOCUMENT_TOKEN_TO_BE_REPLACED

Breaking into the scene quite recently, Jorn Luka is establishing a strong artist-profile. As founder of the famous Dutch club BASIS, the festival By the Creek and the house & techno-event Nachtcollege, Jorn always had a special love with electronic music. Now he is finally turning his perspective on and love for techno into well orchestrated DJ-sets.

END_OF_DOCUMENT_TOKEN_TO_BE_REPLACED

In 2008, aged 16; Justin performed on stage for the very first time. With his own equipment and specific-training he quickly got a professional touch for music. His personal music style developed tastefully. He experimented with different styles just until the year 2014.

END_OF_DOCUMENT_TOKEN_TO_BE_REPLACED

OGUZ, talented Dutch producer, has been producing for a couple of years now. Quite a feat since he’s only 20 years old. Having played in numerous European cities, OGUZ is building a profile faster than any Dutch producer of his age.

END_OF_DOCUMENT_TOKEN_TO_BE_REPLACED

Justin Vlug is a 20 year old artist from Rotterdam, Holland. He has been listening to harder electronic music since he was a teenager. Then you get used to his first techno party and totally fell in love with the music and the atmosphere.

END_OF_DOCUMENT_TOKEN_TO_BE_REPLACED

Patrick DSP has been smashing sound systems around the world for several decades on 3 decks. Starting in his native Canada and finally landing himself in Berlin, where he currently resides. Beginning his campaign or techno in the mid 90s in Toronto, soon delved into the production side of things, and eventually managing. A quick study in the technical realm, the fast found himself working with renowned labels such as Kne’ Deep Records and DJAX Up Beats, providing mastering, production and remixes for various labels, all the while building his repertoire or twisted pristine sounds.

END_OF_DOCUMENT_TOKEN_TO_BE_REPLACED

Born in Amsterdam Ringo enjoyed a loving upbringing. At a young age he played in several punkrock bands. At one point he discovered electronic music and started organising illegal warehouse parties with a close friend. This venture caused a turn regarding his own musical direction.

END_OF_DOCUMENT_TOKEN_TO_BE_REPLACED

It’s all about the moment. A certain record being played at a certain time and place. For sure everyone who’s ever been at a techno party knows about the excitement taking hold of a crowd when a DJ is in fully control of this talent. With this in mind, it’s a small step to an artist like Ritzi Lee –a DJ who lives for these kinds of moments.

END_OF_DOCUMENT_TOKEN_TO_BE_REPLACED

Loving the old and new techno, from hard-hitting techno tools to atmospheric landscapes, makes him able to come up with a variety of sets, while never losing his mission to put the crowd in a certain trance.

END_OF_DOCUMENT_TOKEN_TO_BE_REPLACED

Stratum is one of the quiet type; not one you’d expect to walk on a stage and control dancefloors from the beginning till the end of his sets, over and over again. Yet he is exactly that. A music collector for over ten years, thereby refining his taste, or niche even, to his own distinctive style of techno.

END_OF_DOCUMENT_TOKEN_TO_BE_REPLACED

WNDRLST is a techno DJ & Producer based in Rotterdam, the Netherlands – 25 years old with his roots in the industrial and dark scene. Over the last years he has been uncovering his personal style and experimenting with a variety of sounds to create a unique but hard-hitting vibe. He is running his own label Occult Rhythms featuring like-minded techno heads and has released on known labels like Grounded, Otomo Trax and Industrial Philharmonics. With continuing support from artists like Dax J, Paula Temple, Rebekah, I Hate Models and SNTS to name a few, he is quickly making name for himself in the techno scene.