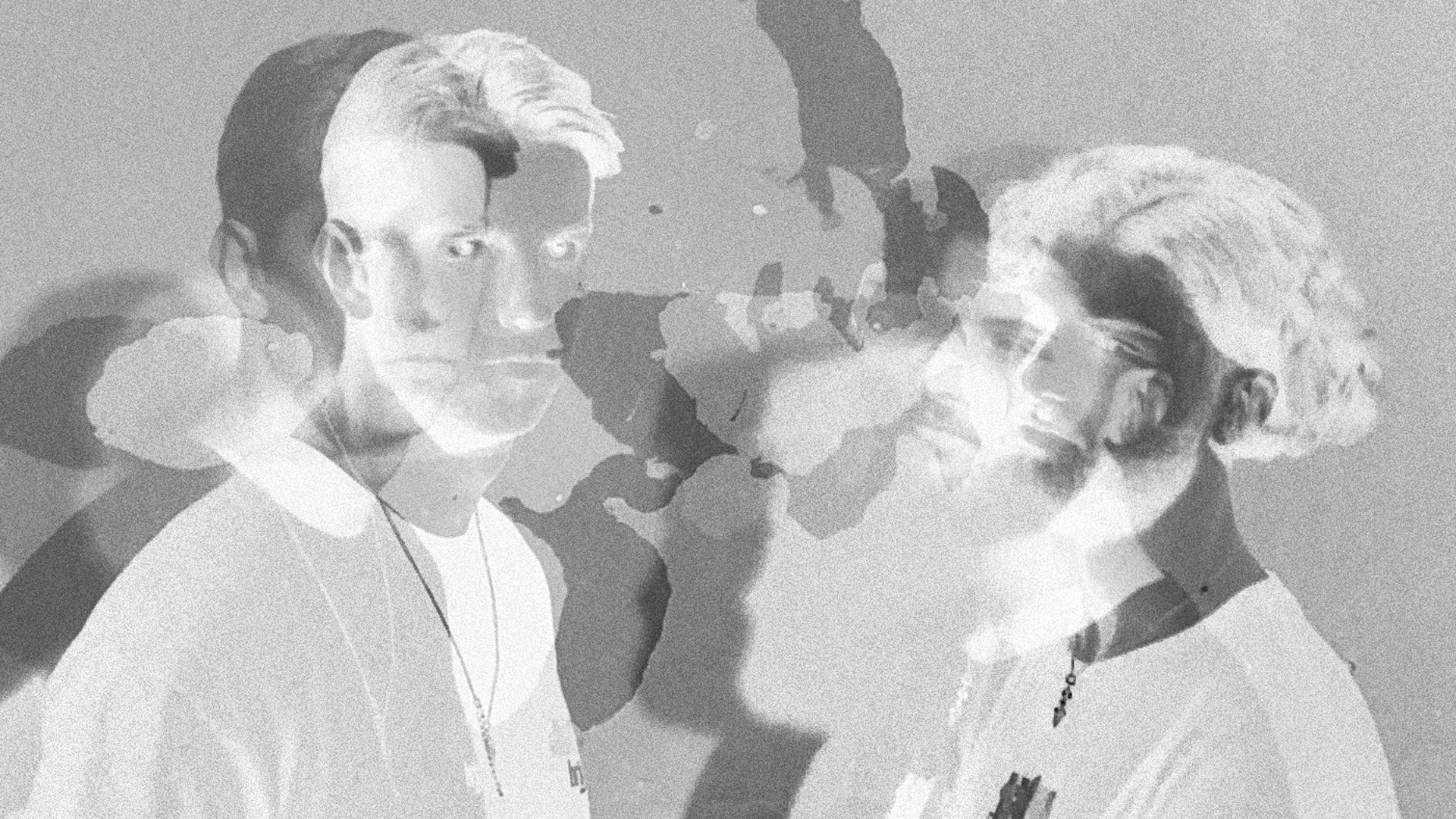 Hexual Sarassment is a project between Oguz Gulcenbay better known as DJ and producer OGUZ and Jasper Seidel, a guy who broadly experiments with all kinds of musical techniques. Oguz reached out to Jasper to start producing together after he found one of Jasper’s monikers. After one year of producing they slowly got closer and closer. Sounds from the industrial scene like OBSCR, Falhaber and Paramod changed to other sources of inspiration like Slowthai, IDLES and Orphx.

The time between changing sounds and finding the exact own sound they were aiming for took a couple of years. The ‘Industrial Techno’ scene was a lot smaller at that time and there weren’t a lot of producers focussing on triggering eerie s

ounds and awkward feelings. They both didn’t want to produce really hard rave/trance music to just wrench out your sweaty shirt. They wanted to play in on your feelings, stand for a movement and bring music with a story and a real sound. Hard metal infused industrial techno that doesn’t have to be negative. They focus on delivering a positive message against the society driven by masculinity. They want to speak up to society infused

by negativity and be there for everyone like ‘underground’ once was. They for instance want to be the voice for the women that experienced negative influences by men but also for people that stand up for the underground scene and got beaten down by uninformed police. Infuse a story like that with eerie sounds and club prove rhythms and you’ll get the sound of Hexual Sarassment.”