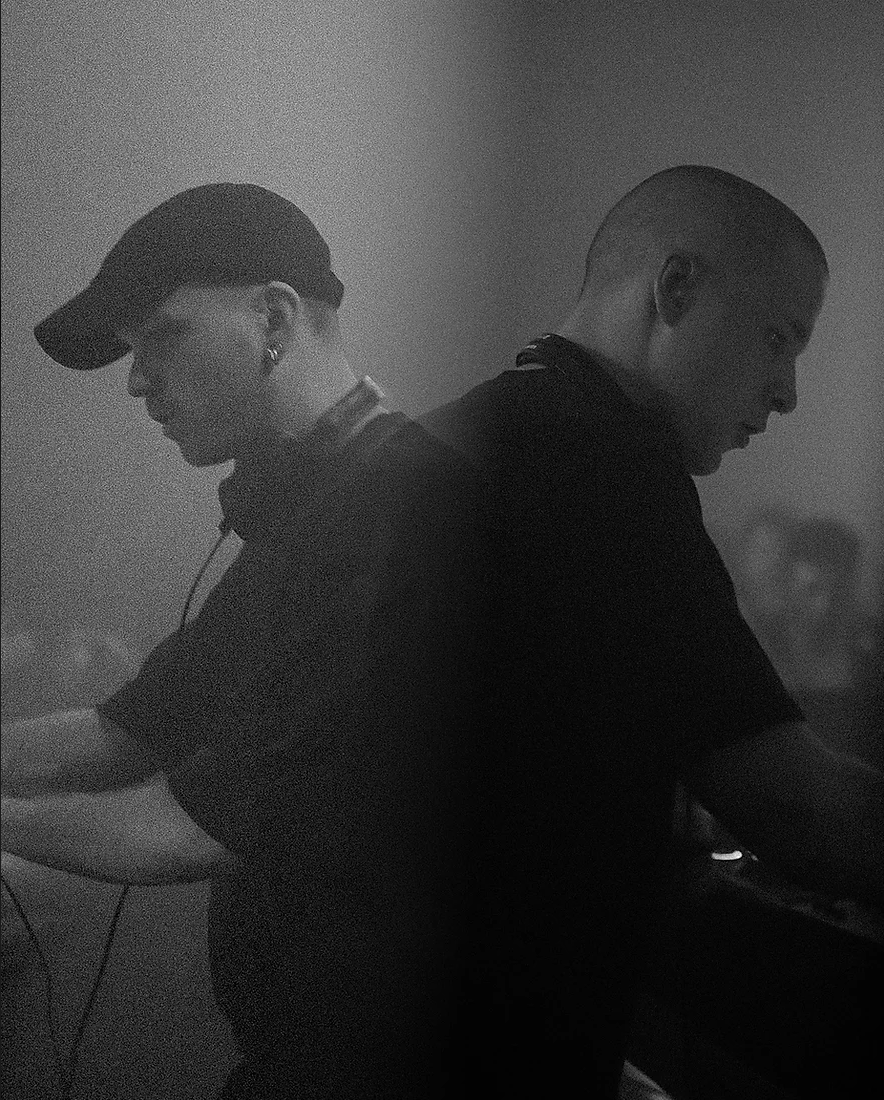 Two like-minded shadows scouring through the night, distorted sounds hailing from the void, obscure images emerging out of the dark – a new musical formation has risen from the edge of our postmodern world: OVERDRIVE.

The musical duo, consisting of Synoid’s THAM and the Destroy To Rebuild head VII CIRCLE, have arrived to deliver some sorely needed sonic clarity to the raving nation. Processing the aching zeitgeist of this decade, the two artists have combined their technical craft and musical vision to create an artistic body of work second to few. Distorting sounds into a gaping pit of overwhelming sonic force, bending rhythms into patterns of ecstasy, multiplying harmonies, grooving them into the very present – OVERDRIVE is the name of the game.

What should you expect? – Unapologetic DJ sets, driven by an unquenchable thirst for rave. DJing, not understood as a blunt sequencing of matching records, but as building up musical narrations. Telling the stories of our youth, not with words but with synth lines, high hats, snares, and a hell of a lot of bass drum. Converting sonic energy into physical movement, transforming pain for a broken world into the blissful ecstasy of the night.